Menu
donate
12 Things I do for Everyday WellnessNext

A Reflection on Asian Intergenerational Trauma

I wanted to touch on an issue that I’ve seen pop up a lot in Subtle Asian Mental Health: Parents and Families. This seems to be a very common topic that plays a large part in many of the stories that people have shared, often negatively, as major contributors to the development of many mental health issues. As many have pointed out, parents/relatives/families (from here on out PRFs), often cause a great deal of anguish and contribute greatly to our experiences of depression, anxiety, etc. For many it has taken the form of a wide range of abuse, often misnomered as “for our own good.” I want to focus specifically on the PRFs that “mean well,” but fail to communicate it clearly to us. I hope this not misinterpreted as being parent apologist propaganda as I do not want to invalidate anyone’s experiences, but from everything I’ve read, I wanted to make a few comments to help make sense of some of these experiences.

If you’re reading this, it is likely that you’re also part of the Asian Diaspora – the scattering of (Asian) people from their homelands to different parts of the world – and that your PRFs were/are immigrants. When they migrated, they brought with them their widely accepted customs and cultures into a new country, where they became the minority, and passed along some of those generational beliefs things onto us. As a result, their offspring (us) share very similar experiences, such as racism, exclusion, and questions of self-identity and belonging, and perhaps more recently, uniqueness and unity; the “Asian- (insert current nationality here) experience.” Yet, while we bond over memes, language jokes, and boba, we seemingly have very different experiences and views compared to our PRFs.

Many of us, consciously or unconsciously/learned or unlearned, seem to bask in the ideals of individualism, independence, and democracy (or socialism) carried by the wings of capitalism into a better life than our PRFs grew up in. Whereas many of them continue to carry with them their Eastern (sometimes Confucian) ideals of collectivism, filial piety, and family first governance. We often find ourselves in the middle of these two ideals, having been influenced largely by our parents, while growing up in a culture that approaches things very differently. We experienced some of these differences in very tangible ways like being stuck at home practicing piano/doing homework while the other kids played outside. Or helping with the family business while other kids went home to eat snacks and watch afternoon cartoons. Or being forced to go to family gatherings with our annoying relatives and babysitting our cousins. Or Saturday mornings dedicated to (insert Asian language here) school and other structured activities. I bet many of you wondered, “Why can’t I just be ‘normal’?” That same sentiment continues to manifest itself in our lives. I see it in our stories, I feel it in our pain. It hovers like a dark cloud over the ways that we now reflect on our experiences of mental health and suffering as a result of the shame, neglect, abuse, and other underhanded tactics that our PRFs used/continue to use to try and reinforce their views as one of preeminence in our lives. Some of us try to scrub out the “abnormal,” others of us feel like they can’t escape it, and others simply embrace it as part of their existence, yet the thought remains:

I don’t think there’s a short answer to this. Maybe it has something to do with the fact that most of our PRFs have/had no point of reference of Western positive role models, individual emotional needs, and child discipline that we were educated in. Or, maybe it’s something else – something deeper.

If you take the time to think about it, we’re not that far removed from events like the Vietnam War, Korean War, Rape of Nanjing, the Cultural revolution, European colonization, internment camps, Hiroshima/Nagasaki, Khmer Rogue and countless other atrocities. The reality is that many of PRFs have experienced trauma, heck immigrating itself can be traumatic. Our PRF’s also experienced the racism we did. Imagine for a second coming here, not knowing the language and having to start over from scratch, dealing with culture shock and identity loss, then compound that with the stoicism and importance of family that comes with Eastern thought. Perhaps it may start to become more clear that the irrational things that they do, are their own attempts at managing their trauma. Collectively we need to all be aware of these expressions of transgenerational trauma.

Some of the patterns they observed in Holocaust survivors and the way they interacted with their children may sound familiar to us: Indirect communication, secrets and silence, terrifying world view/attempts to anticipate disaster, lack of sense of belonging, guilt/victimization/submission, fear of external identifiers.

One that resonates most with me, and in the posts I’ve read, is the experience as Asian-(insert current nationality here)s is the terrifying world view. How often have we been berated about getting into a good school? Getting a certain kind of job? How often have concerns about our safety been the primary argument? Have you noticed how many of those jobs are often described as stable, well-paying, and respectable?

So much of our “subtle asian” identity was set into place so that we might have the social and economic resources be able to ride out the storms of economic, political, and social uncertainty – the traumas that our PRFs experienced that they did not want to pass unto us. Unfortunately, they ended up passing it onto us because they didn’t learn how to model it any other way.

One question I’m sure that plagues everyone is: How do we move forward?

We and our PRFs have been marginalized, excluded, and traumatized; we’ve hurt and been hurt by each other, so often that it feels so, familiar. So, “normal”. But, trauma shouldn’t be “normal,” but for so many of us, it’s our reality – and it is intrinsically tied to our identities as immigrants and/or the children of immigrants. Like I said before, none of these revelations can excuse or can justify the things we’ve experienced from our PRFs and we will have to continue to deal with that. But, we have something that our PRFs do not: the privilege of knowledge, research, and self-actualization.

So, what will we do with it? I feel like there are two paths. For some, they will vow to put their (and their PRFs’) trauma behind them and start fresh, taking what we know, what works, and avoiding the same mistakes in the future. The second path is to use this information to understand the previous generations and our PRFs’ so that we can begin to have the conversation about trauma, and maybe, one day we can overcome the traumas that ail us. Let’s not forget, we’re here because we all have a unique, Asian-(insert your nationality here) experience. It might be one that is ridden with trauma, but it is one that we can heal, together.

If you would like to read more about transgenerational trauma here are a few places to start:

How Trauma Is Carried Across Generations 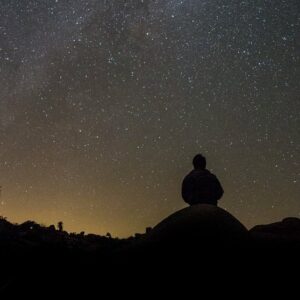 Jed is a Marriage Family Therapist from California. He spends most of his time managing the Asian Mental Health Collective, and Asian Mental Health Professionals Facebook groups as well as this website. Some will say he’s just “here for the ride,” but we know that he’s passionate about tearing down the stigma associated with Asian mental health. When he’s got extra time you’ll likely find him eating, cooking, learning, and traveling, or simultaneously doing all of the above.